As we continue to lose an average of two rhinos a day to poachers in South Africa, I cannot help but notice that ‘rhino fatigue’ is setting in with the public. That the Rhino related attention span has reached its ‘limit’. People want something new. Can’t see a solution. No longer want to know … Attention span deficit modern man’s weakness.

Yet our precious Rhino have never been under greater threat, or needed more support. This graphic heart wrenching video taken in the Kruger Park highlights just this.

Personally I make an effort to support conservation programs and animal rights movements, yet admit to floundering whilst deciding with whom to align my Rhino-love. I was therefore delighted to learn about Chipembere Rhino Foundation from two of their team, Laura Christie and JD Dunn.

I instinctively prefer relationships with smaller associations, based on trust and passion, often driven by aching hearts. Such as The Seals of Nam and Space for Elephants that hold mine. Non-profit organizations committed to the protection of Africa’s wildlife, run by people who never fail to see the bigger picture. This I found at Chipembere.

This foundation was started after the tragic loss of two rhino to poaching on Amakhala Game Reserve in the Eastern Cape during November 2010. On that devastating night the reserve owners cemented the idea to do all that they can to protect Africa’s wildlife and fight to prevent further slaughter. As in many privately owned reserves, Amakhala’s small breeding population of white rhino was introduced in 2003 and formed the basis of a long term project, the slaughter of these two bulls rendered the population static. ‘Chipembere’ means ‘rhinoceros’ in Shona and was the name of the main breeding bull, fondly known as ‘Chippy’.

The Chipembere Rhino Foundation’s vision is to create awareness of the threat facing Africa’s fragile population of rhino. The long term vision would be to expand the funding by Chipembere Rhino Foundation into a multi pronged approach namely support for anti-poaching teams that operate on wildlife reserves in Southern Africa. Monitoring assistance and creating a media awareness program.

With 95% of the world’s White and Black rhino population in Southern Africa, we are the custodians of this species and cannot afford to let ‘Rhino Fatigue’ reduce our efforts.

If you too are looking for a focus group to align yourself with, this may well be the one. Visit their facebook page and wishlist to learn more about what they need. Also their online store, where I bought a t-shirt and arm band. I also encourage us all to put thePoaching Hotline number on our phones: +27 82 404 2128. We never know when we might be able to contribute directly to this fight. 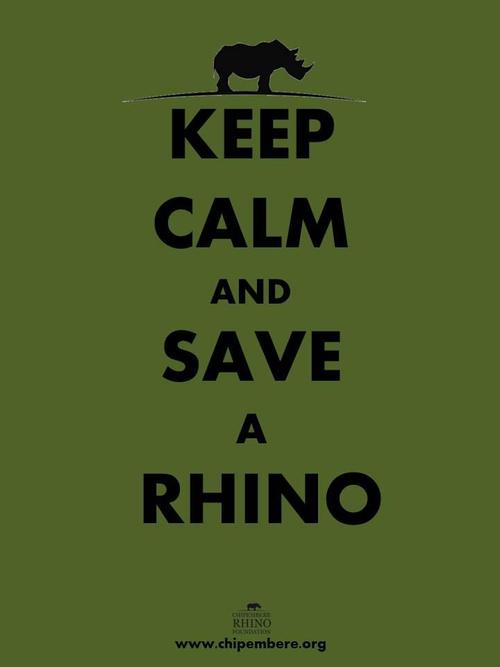 Previous Article
Next Article
0
Dawn Jorgensen Apr 15, 2013
No Comments Yet

error: Do understand that my content is protected, should you wish to use my words or pics, kindly email me at dawn@theincidentaltourist.com. Thank you.