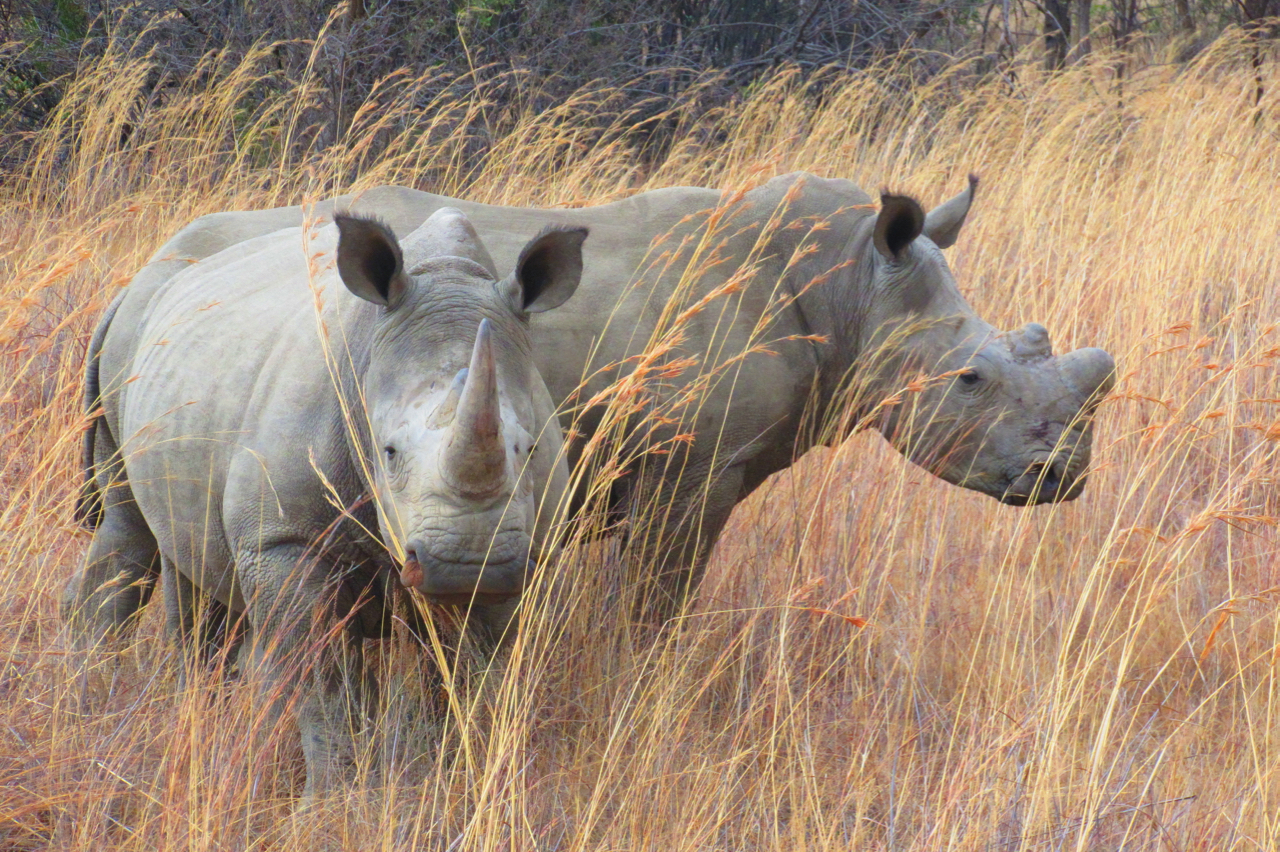 It’s easy to get a little down about the future of Rhinos in South Africa, and the world, and I often do. Especially as I take note of poaching stats and read countless accounts of attacks on them, often with gruesome images of those lost, which serve as constant reminders of their vulnerability. But it is very important to always take time to recognise the endless positive work being done for their protection. Conservationists on the ground, awareness campaigns, anti-poaching units, endless education and support to ensure that parks and reserves are able to protect these precious animals and ensure their survival as the species. On this World Rhino Day, we celebrate the incredible contribution by MyPlanet Rhino Fund, who have given Kruger’s anti-poaching efforts new wings and eyes in the sky. 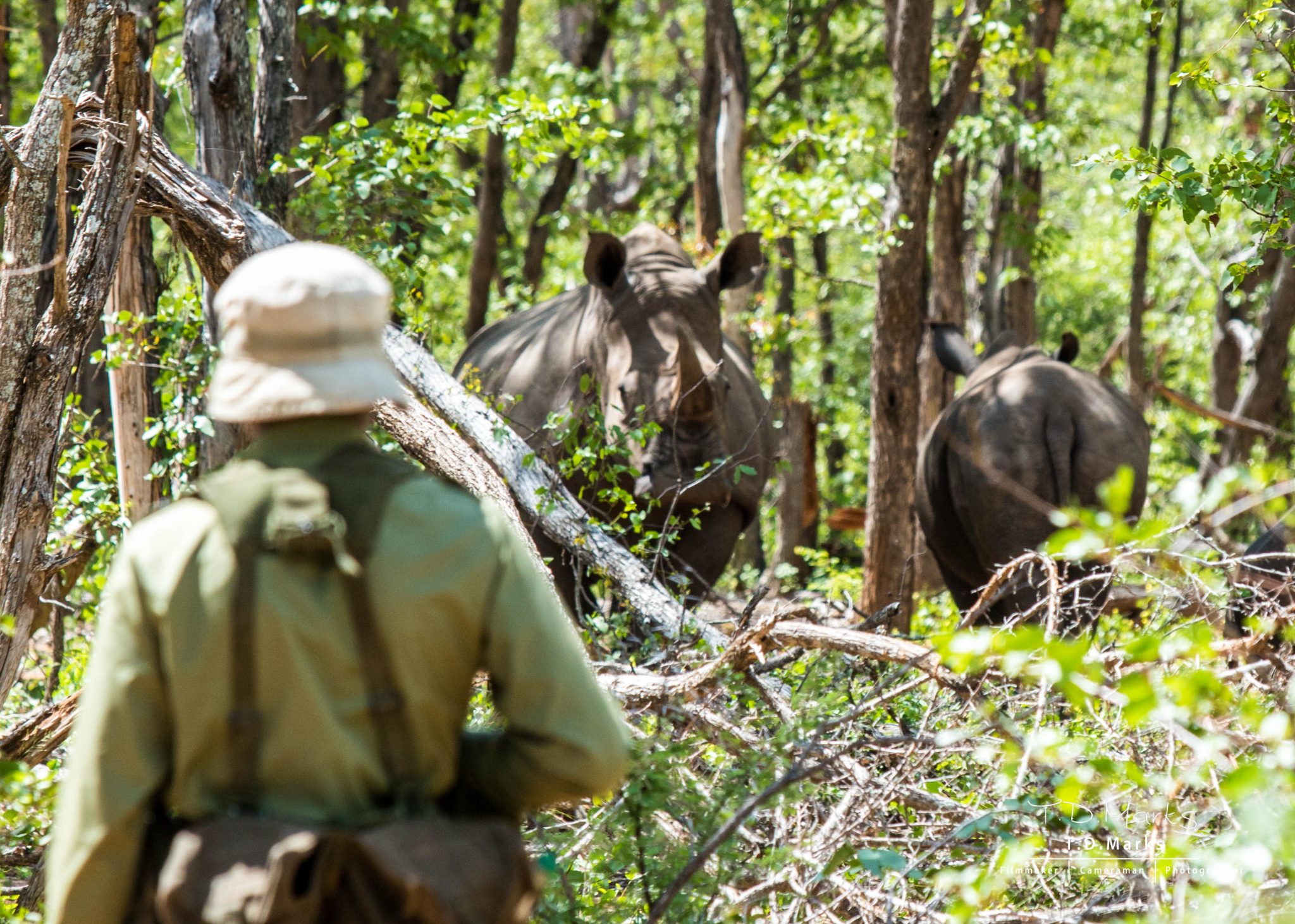 How MyPlanet has helped with rhino conservation

South African conservation organisations and bodies have long been at the forefront of protecting Africa’s iconic White and Black Rhinos.  The escalation of rhino poaching in the country, a rise of 9000% between 2007 and 2014, raises the image of a continent brutally robbed of key wildlife species.

As rangers literally went to war against heavily armed and highly organised gangs of poachers over the past decades, many South Africans have become more concerned for the preservation of our remaining rhinos.  Created in 2011, through a partnership between MySchool MyVillage MyPlanet, the Endangered Wildlife Trust (EWT) and Braam Malherbe, local conservationist, the MyPlanet Rhino Fund has become one of the biggest citizen-driven fundraising initiatives for rhino conservation.  More than R9.1 million has been raised over the past six years, and has been used to fund a variety of rhino conservation and education projects.

World Rhino Day, celebrated on the 22nd of September, confirms the intention of everyone from conservationists to concerned citizens to bring the planet’s five rhino species back from the brink of extinction.  In the past 12 months, over 54 000 cardholders have raised R2.6 million for the MyPlanet Rhino Fund simply by using their loyalty cards at participating partner stores.  Over the same period of time, the Department of Environmental Affairs reported a slight, but very welcome, decline in the loss of Rhinos for the second year in a row, indicating that the increased conservation efforts are starting to pay off, most notably in the Kruger National Park, the country’s rhino stronghold.

Cardholders provide support without costing them a cent. They simply make the MyPlanet Rhino Fund their beneficiary, and then swipe their cards whenever they make a purchase at a participating retailer, which in turn, makes a contribution on their behalf. Each year, the MyPlanet Rhino Fund disperses funds to conservation organisations and parastatal agencies that use a variety of best practices and programmes to protect Rhinos. 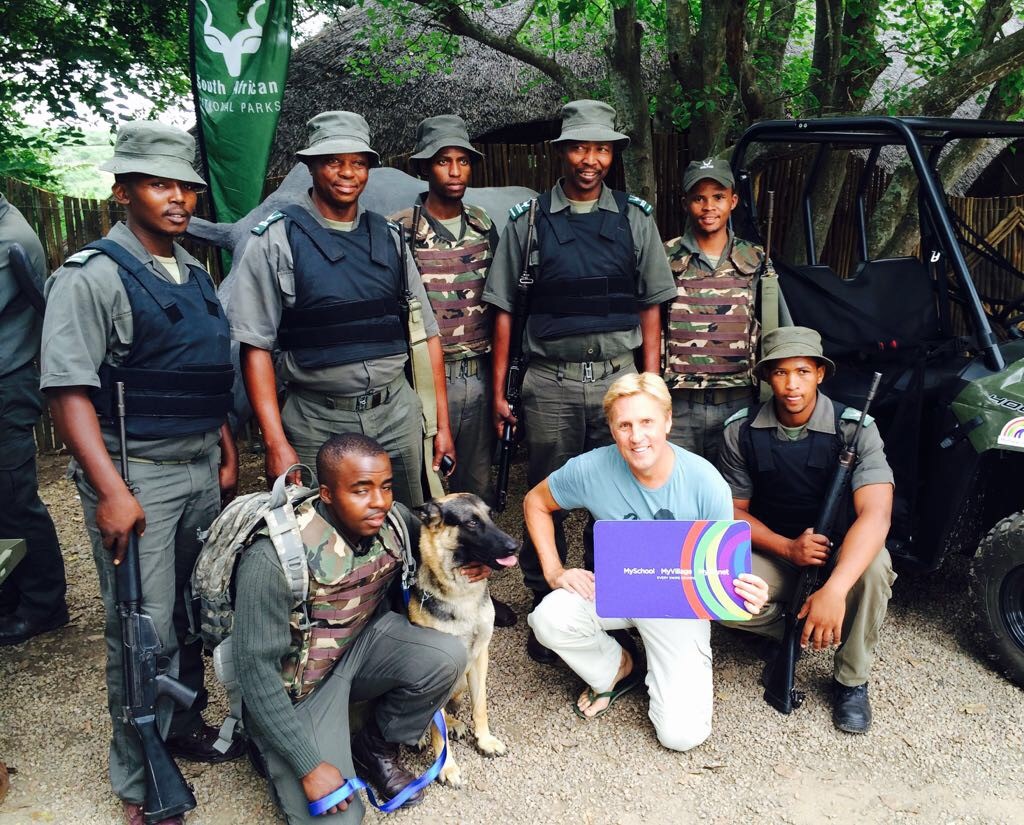 Conservationist and MyPlanet ambassador, Braam Malherbe who helped to establish the fund says, “It is really important that each year, our supporter base grows and our fundraising increases.  While good work is being done to improve the protection of rhinos, there are still far too many rhinos lost every year.  Unfortunately, rhino poaching cartels are sophisticated and well-resourced, and our conservation bodies have to match this if they are going to be effective.  We’re deeply grateful to our supporters, and hope many more South Africans who care about rhinos and the environment will come on board as MyPlanet Rhino Fund cardholders in celebration of World Rhino Day this year.”

About the new aircraft for SANParks

The major donation of the MyPlanet Rhino Fund this year is R1 169 000.00 that has been allocated to the purchase of a Foxbat A-22LS aircraft for SANParks Kruger National Park, enabling the anti-poaching unit to improve aerial support and benefit from the latest technology.  Aircraft are a critical component of the anti-poaching effort, enabling the unit to be more effective at monitoring rhino populations and movements over the vastness of the Park; identifying high risk areas due to high densities of rhino; monitoring rhinos in remote areas of the Park and increasing aerial patrols on the lookout for, or tracking poaching gangs.

Rhino killings in the Kruger National Park have marginally declined over the past two years, but poaching has unfortunately increased in other areas.  The MyPlanet Rhino Fund has also made donations to help the Special Species Protection Unit of Savé Valley Conservancy, which is part of the Greater Limpopo Transfrontier Conservation Area, and to the Rhino Pride Foundation Trust, which implements layered, early warning security measures at key Rhino sanctuaries.  Rhino poaching in KwaZulu-Natal is on the rise and the MyPlanet Rhino Fund has donated R250 000 to the SANParks Honorary Rangers Kwazulu Natal Region’s Climb for K9 campaign, which enables them to buy much-needed GPS tracking harnesses and medical trauma kits for their anti-poaching Canine (K9) Unit.

Dogs play an important role in rhino protection and another canine-focused beneficiary of the MyPlanet Rhino Fund in 2017 is the Balule Nature Reserve in Hoedspruit.  A donation has been made to enable the establishment of a canine component of their successful Black Mamba All-Women Anti-Poaching Unit. 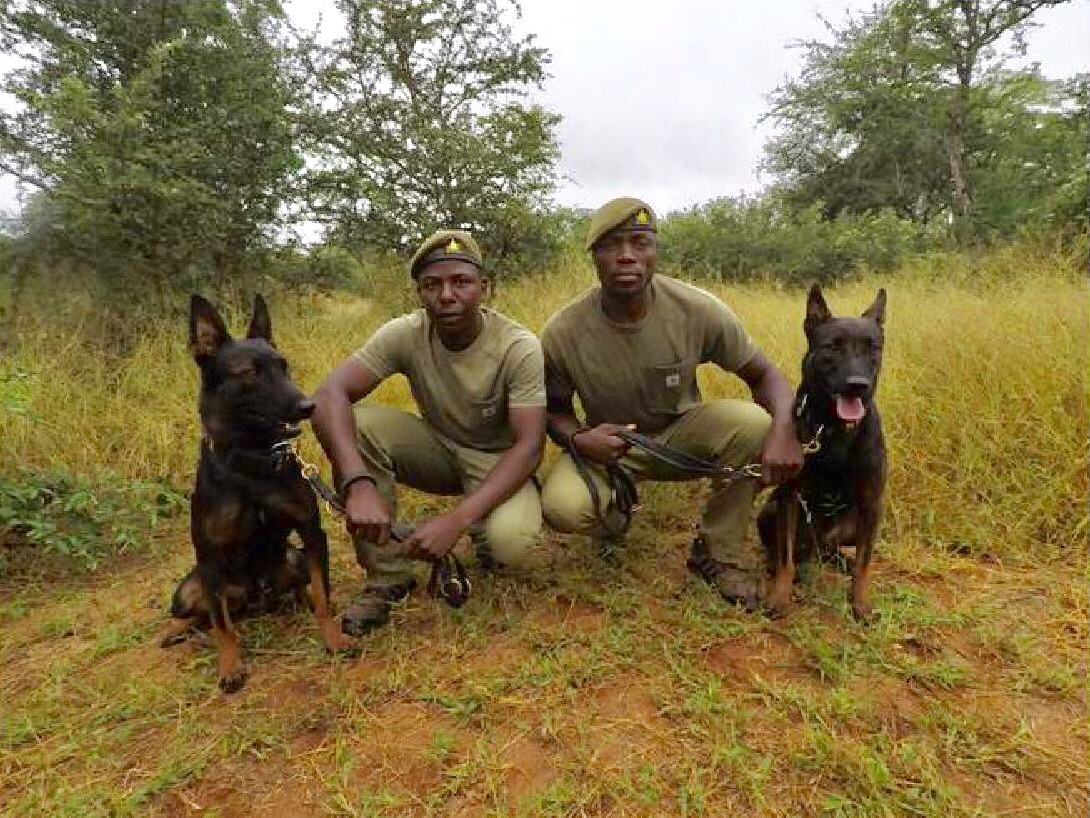 Protecting rhinos is multi-faceted and complex with conservationists pitted against determined, high stakes criminal syndicates.  Apart from the on-the-ground efforts, there’s a great need also for effective intelligence-gathering and real-time data processing and analysis.  A donation from the MyPlanet Rhino Fund will enable Welgevonden Reaction of the Waterberg’s Welgevonden Game Reserve to establish a state-of-the-art Joint Operations Centre to enhance rhino protection in Limpopo Province.

Education and community upliftment are other important aspects tied to the efforts to protect South Africa’s Rhinos.  This year, the fund is also providing support to two programmes, the Lapalala Wilderness School and Rhino Revolution’s Green Kidz programme aim to foster awareness and develop conservation leadership in the youth from vulnerable communities.

‘It goes to show that when you have enough people caring about rhinos, in just one year of fund-raising you can buy a brand new, modern airplane to help the National Treasure that is our Kruger Park keep reducing rhino deaths.’ Helene Brand, MySchool MyVillage MyPlanet CSI Manager 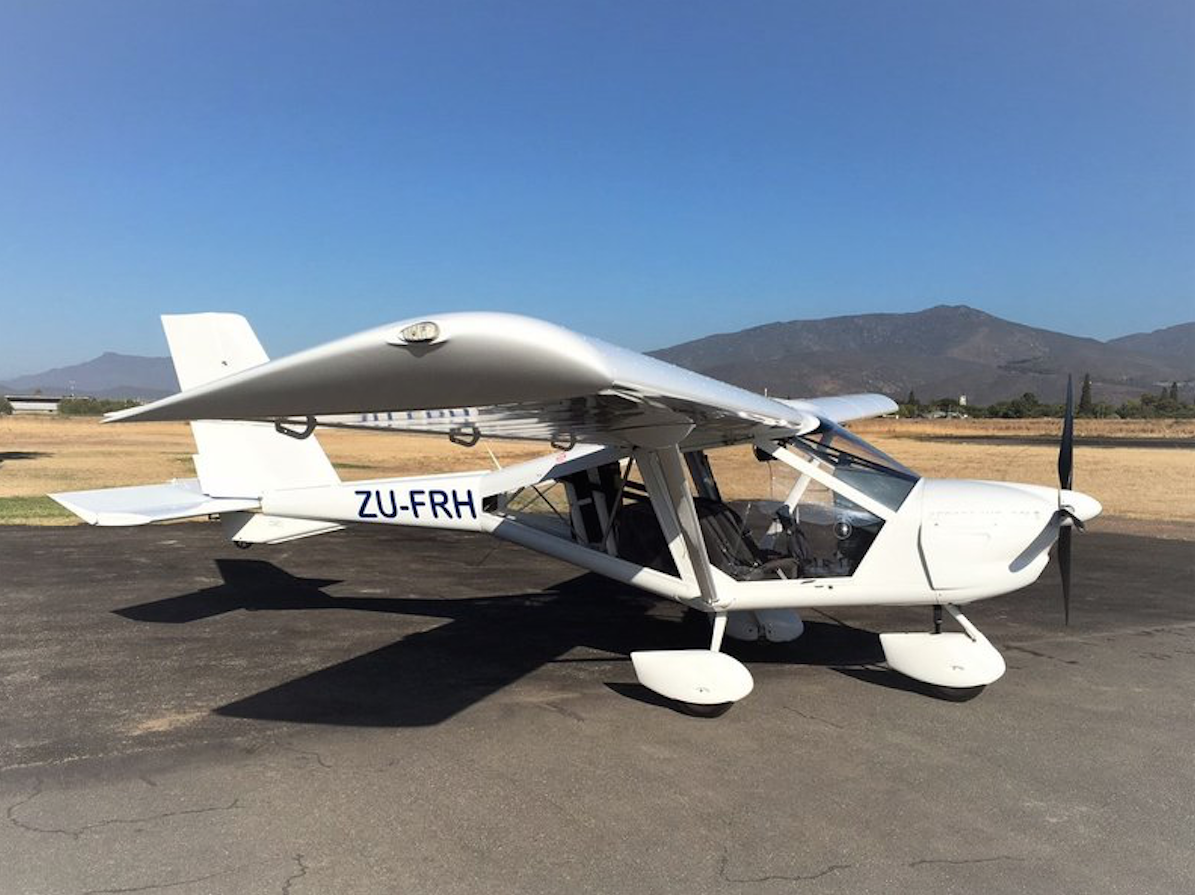 “The range and scope of these rhino conservation projects supported by our South African consumers over the past year is incredible,” says Helene Brand, MySchool MyVillage MyPlanet CSI Manager. “It just goes to show that when you have enough people caring about rhinos, in just one year of fund-raising you can buy a brand new, modern airplane to help the National Treasure that is our Kruger Park keep reducing rhino deaths.  Together, we really can make a difference, and I hope this inspires many more South Africans to sign up for a card and choose the MyPlanet Rhino Fund as their beneficiary.

Just by swiping your card every time you shop at Woolworths, Engen Foodstops, Bidvest, Waltons, Flight Centre and loot.co.za amongst others, you raise money.  The MySchool MyVillage MyPlanet retail partners will make contributions to the MyPlanet Rhino Fund on your behalf and in this way, you can give dedicated conservationists and rangers the edge in the battle to save our rhinos from extinction.” 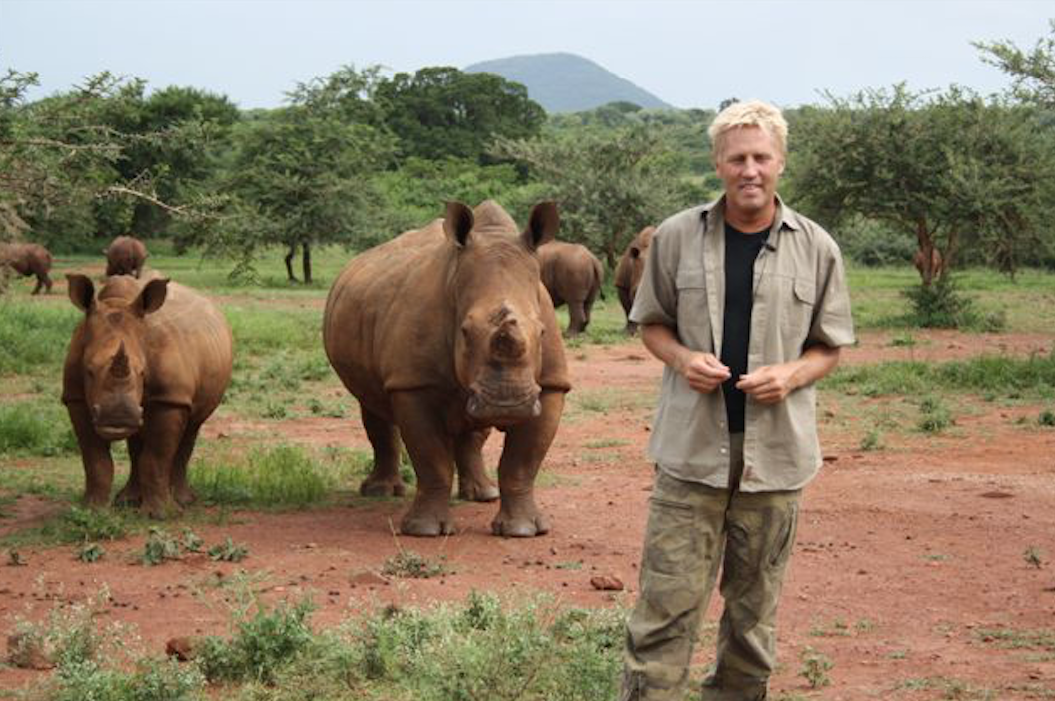 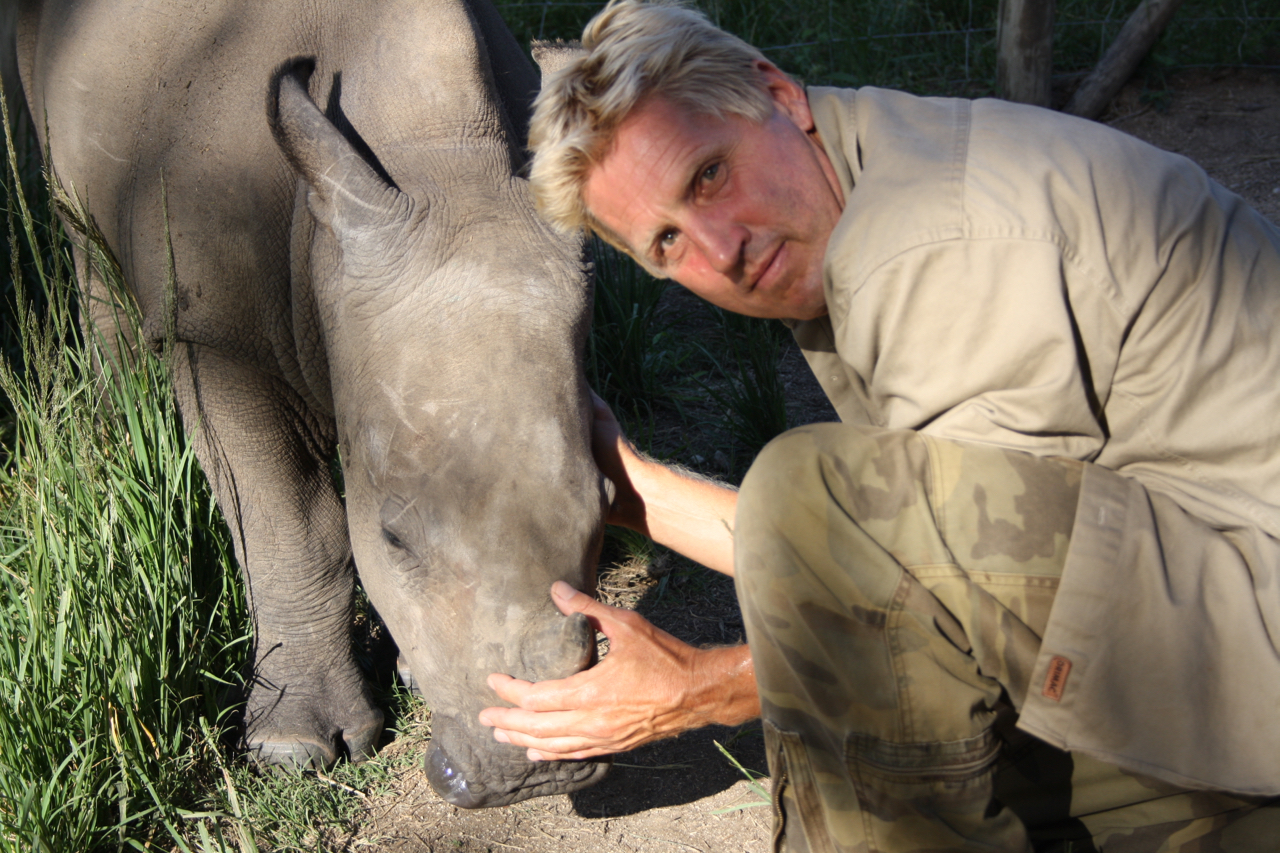 Why is rhino conservation so important?

Rhinos are a keystone species; which means that they contribute to the survival of many other species. When we remove them from the eco system, there is a cascade effect. For example, the seemingly insignificant dung beetle depends on rhino dung for their survival and the rhino depends on the dung beetles; as they distribute the dung over the veld which fertilises the soil so that the grasses may grow, which feeds the rhino.

Further; the rhino’s are one of the ‘Big 5’ and contribute greatly to tourism. What an indictment on not only every South African, but on humanity! There demise is a symbol of a bigger problem; greed and ignorance.

How do you feel we can get the message of rhino protection across to children in remote and rural areas.

As Anton Rupert once said; “Conservation without money, is conversation”. It is vital that impoverished communities, often surrounding our National Parks and private reserves, are educated as to the benefits that ‘wildlife alive’, are important to income generation. Further, it is vital that these communities are employed into conservation so that they many become educators in their communities.

What do you see as the future of rhinos in South Africa.

The future of rhino’s in South Africa is in the hands of ever single one of us. It cannot just be left to our dedicated rangers and government. Simply by getting a MyPlanet card in any Woolies store and making the MyPlanet Rhino Fund YOU are making a difference in saving this iconic species.

“Conservation without money, is conversation – funds are needed to do the work” 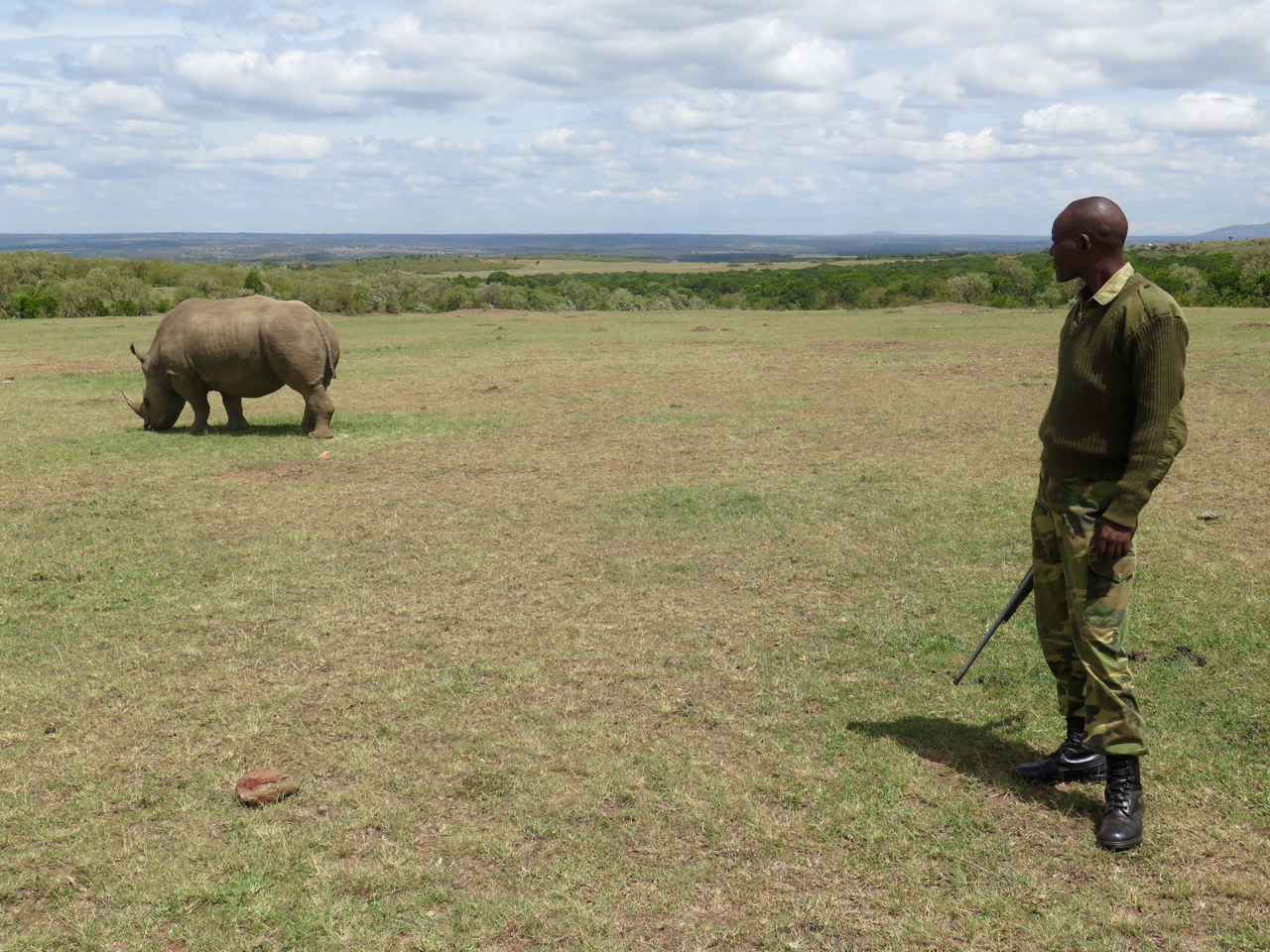 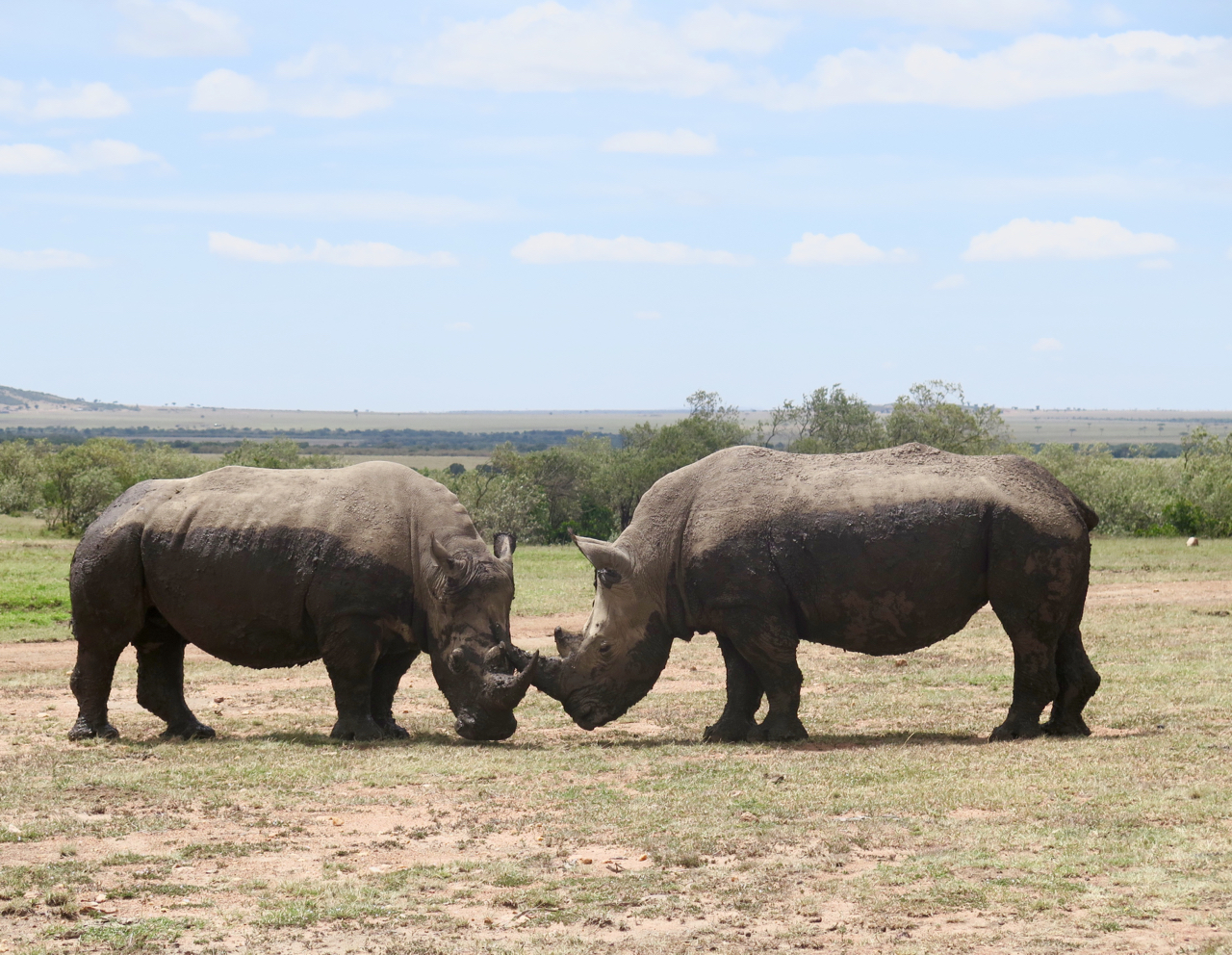 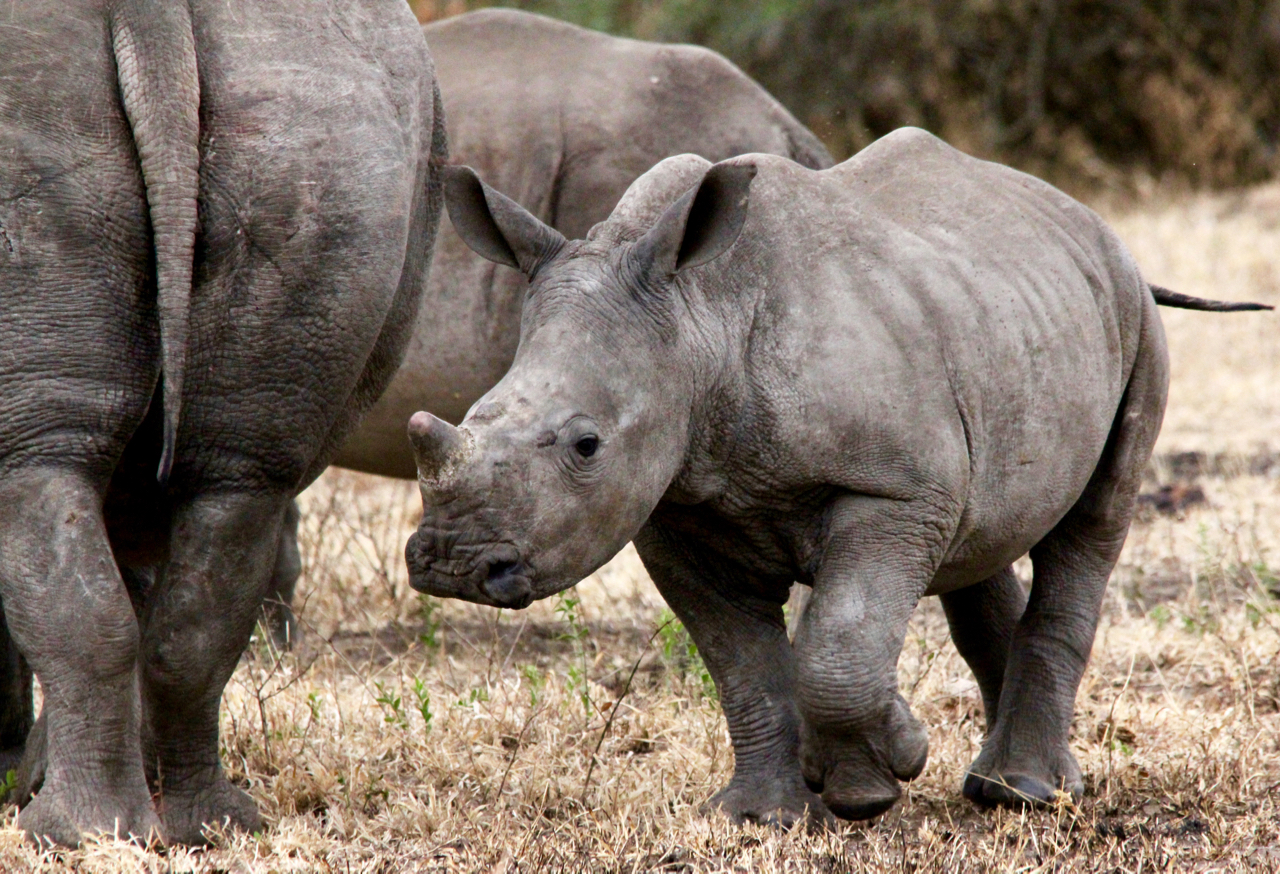 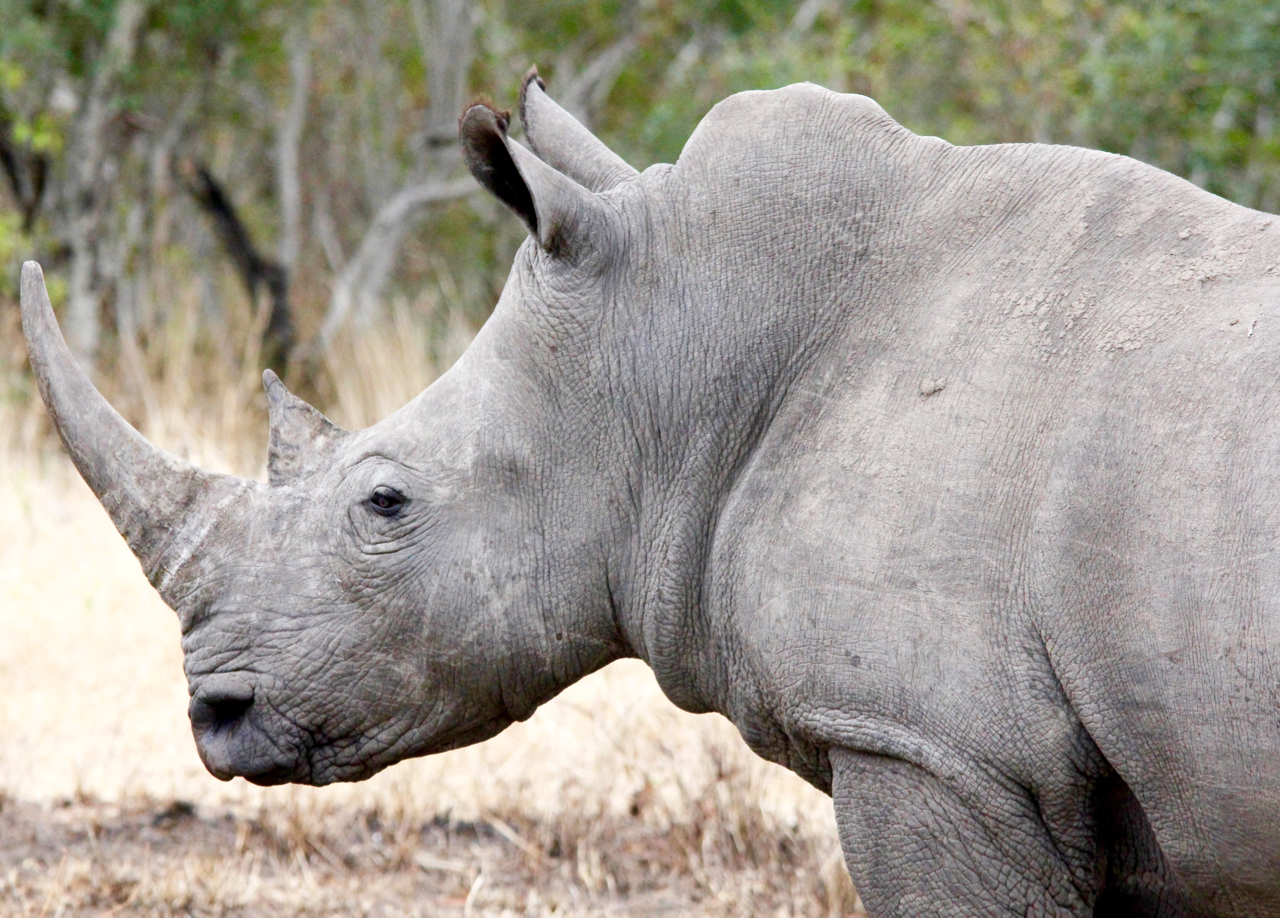 How you can help make a difference 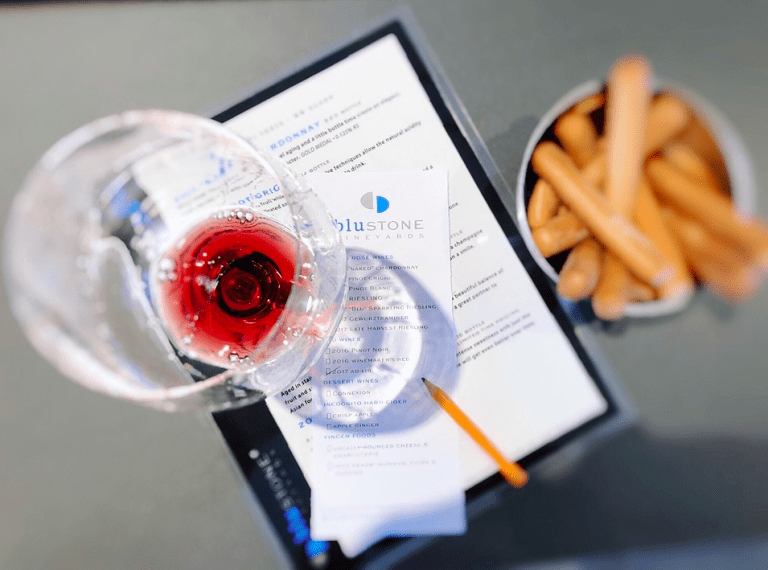 The Advantages of Attending Wine Tastings.

The Advantages of Attending Wine Tastings. 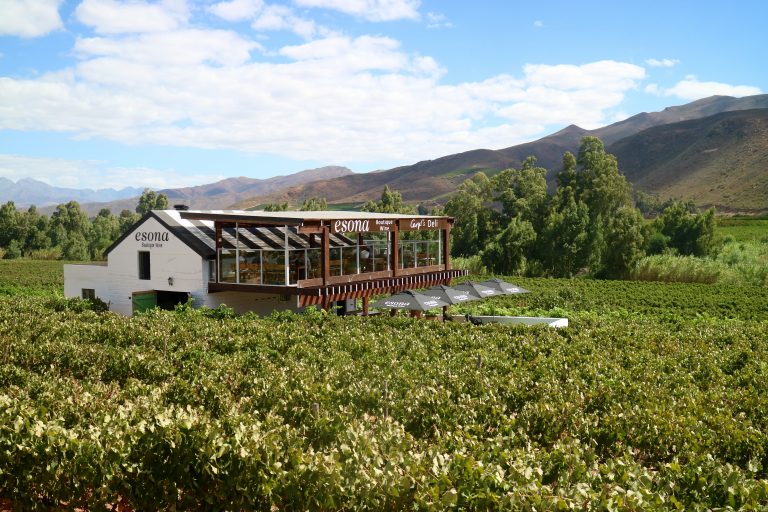 A weekend in the Langeberg. #HeartofHarvest

By invitation of Mira Weiner of Hot Oven Marketing, I joined Seth Shezi in the country for a weekend of food and wine exploration in a lesser known region of the Cape Winelands. The experience started 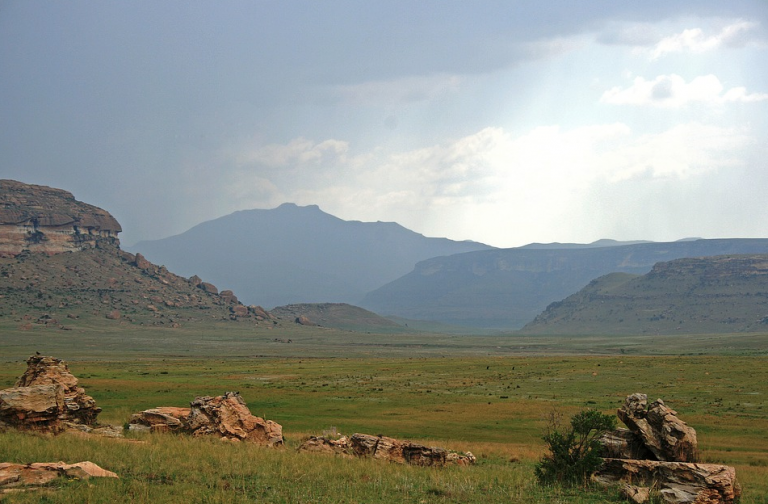 A while ago I was asked to contribute to the Edgars Club Magazine’s Live Smart Travel Postcards feature that looked at our earliest memories of childhood adventures. I just found this and wanted to share. 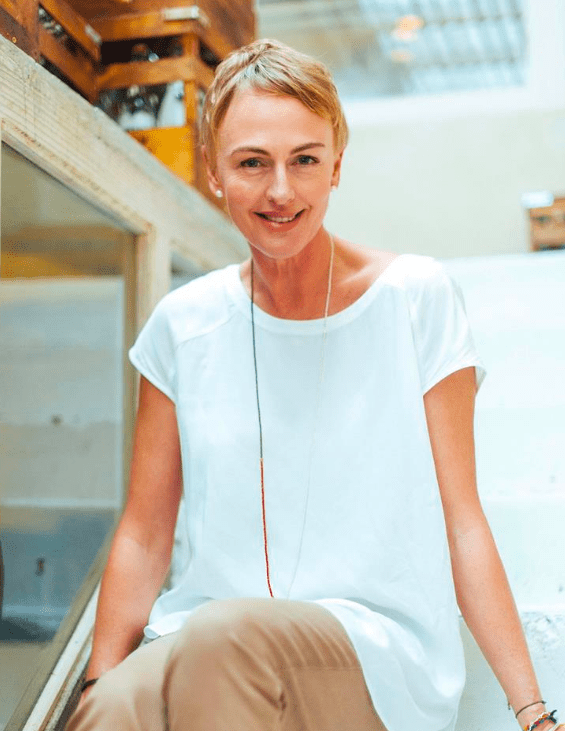